The scope of services included the planning and design of the CIBC Pan Am/Parapan Am Athletics Stadium at York University. The project consisted initially of a 5,000-seat stadium with the capability to hold 12,500 seats during the Games. Subsequently, the program was revised to consist of a 3,000-seat stadium and 9,500 temporary seats for the staging of the 2015 Pan and Parapan American Games athletics events.

Built on a tight site, the stadium is composed to create both a gateway to the University and also to maximize the beauty of the protected natural landscape that makes up the eastern edge of the site. 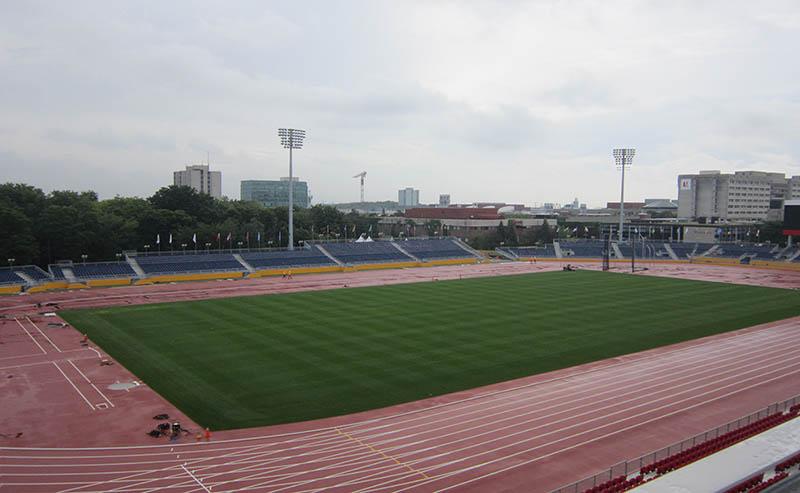