After serving as primary consultant to the city of Richmond and the Vancouver Organizing Committee during the preparation of a     conceptual design study for the Richmond Olympic Oval, a potential venue for the 2010 Winter Olympic Games, the Robert Johnston led  team at Cannon Design was selected to provide complete design services for the speed-skating oval and associated venue features. Located minutes from the Vancouver International Airport and the Olympic Village, the waterfront facility was envisioned as a community and international gathering place as well as an Olympic legacy for the city of Richmond. In addition to the 400-metre speed-skating track - consisting of two four-metre competitive lanes, a five-metre warmup lane inside the inner competition lane, and seating for 8,000 spectators - the multiuse facility also includes a fitness centre, athlete testing area, cardiovascular rehabilitation centre, wellness centre, sports medicine centre, and concessions.

Since fulfilling its role as the venue for the 2010 Winter Olympic Games, the ROO has continued to be a highly flexible community asset, with multiple setups possible for the arena floor, including combined ice and field uses and an open, bare slab floor for meetings and conventions. All technical preparations, including foundations and structural connections, were designed to simplify the conversion to post-Games use. To achieve LEED Silver certification despite the high energy consumption required for ice maintenance, the Cannon Design team employed an integrated design process involving all members of the consultant team, VANOC representatives, and Richmond’s key management staff and facilities operations and management personnel. Through this process, the team set goals, identified building system synergies, and developed a design solution that optimized energy use,  environmental health, and aesthetic values within a triple-bottom-line definition of sustainability. The facility received LEED Silver certification in January 2010.

The Richmond Oval has successfully undergone a conversion to a community recreation and high performance sport training centre.  With over 500,000 user visits per year, the Richmond Oval is a highly used and successful community resource in Richmond and the impetus for development of lands adjacent to the Oval property. 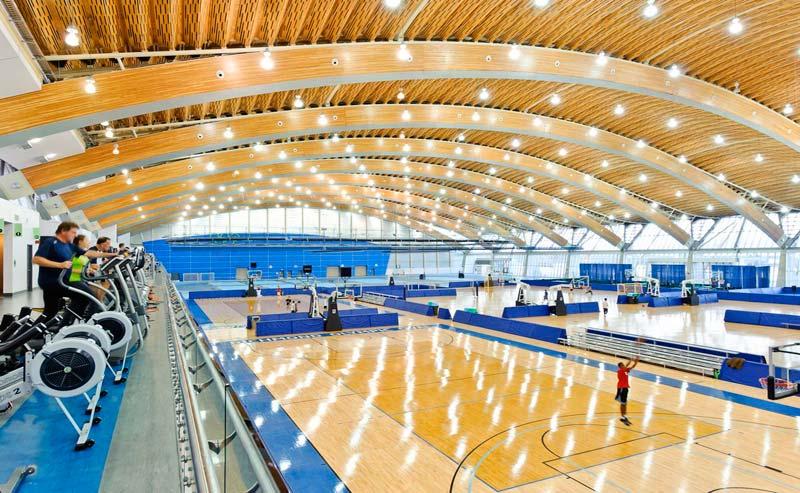